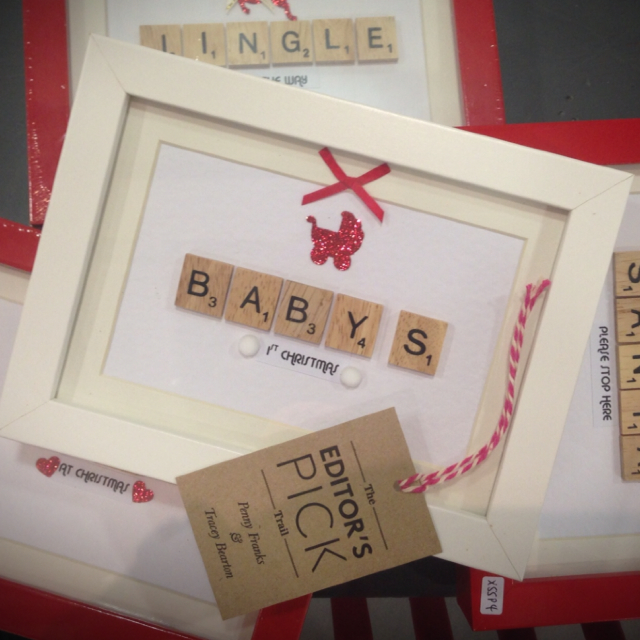 I have never worked so hard on the lead up to the show, and my poor husband Jonny was just as exhausted. As well as 3 kids to look after, a new rescue dog and my baby sister having a baby, there left very little time to wall paper boards, stress about Perspex shelving and hangers and the colours to paint my planks. But I did stress and I had very little sleep. So with a 160mile commute most days, lots of coffee and patience was needed.

We arrived on the Saturday, and although things didn’t go according to plan ie pictures were smashed, all the boards were warped; no more nails tape was our saviour. We finally had everything up and finished having gone past closing time and any little hope to grab a beer in the heat of Harrogate. A quick takeaway was all we had time for before waking up again on Sunday at 5am. More coffee stood us in great stead for what was to be our best day.

Whilst talking to a customer a crowd was forming around my stand. I spied 3 photographers and a few very important looking people. It was then announced that I had won Editors Pick out of 1000’s of entries. It was such a huge accolade for me and as I proudly announced ‘the pinnicle of my career so far’.

Editors Pick is an award chosen by Penny Franks, Editor of Gifts Today and Tracey Bearton, Editor of Greetings Today, to show what design led gifts are hot and new and what will sell through for Christmas and beyond.

So after photographs were taken for numerous magazines with the Editors and a little interview, they left in a cloud of smoke. I was left with a beaming smile.

With a power cut and an early finish on Sunday, Jonny was beaming as we sped home to watch the final of the World Cup.

From Monday onwards, my fab friend Jo, Head of Operations, took over from Jonny and helped me out on the Stand. She was amazing with customers, kept me awake on the long journeys and has been my rock. We took lots and lots of orders, from new accounts which are invaluable and had a jolly good time visiting the local haunts of Harrogate; Jamies Italian, Betty’s Tea rooms and the odd Costa Coffee too.

It has taken me 3 days to recover from the Exhibiton and too many prosecco’s celebrating, but I am back and raring to go. My team and I have 9 days to get everything made, packed up and delivered in time for when the kids break up when I can spend some valuable and happy times with them. It’s not going to happen but I can dream, as sometimes they do come true x

I'm fine with this